The Difference That 3% Can Make: $8.5 Million Awarded To Restaurant Workers 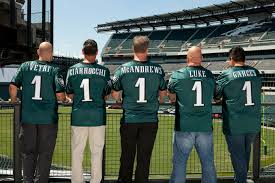 1, 159 current and former Chickie’s & Pete’s workers will be awarded back wages and damages from a $6.8 million dollar award. The consent judgment, one of the largest awards ever recorded in the region, includes back wages from multiple wage and hour violations. The case stemmed from the passage of the Gratuities Protection law that ROC lead on in 2011.  It was at that time (and sadly still is in many Center City restaurants) common practice for an employer to take 3% out of a tip that was put on your credit or debit card to cover the overhead cost of the privileged of accepting credit/debit as a form of payment.

An additional $1.6 million was awarded in a private lawsuit and a wooping $50,000 in damages, less than 1% of total wages stolen, were awarded to the D.O.L.

The investigation found that the employer, Pete Ciarrocchi, was taking 3% of tips when they were charged to a credit card, not paying minimum wage and over-time (1.5 x wages after 40 hours) and even cases of restaurant workers have to pay cash out of their pockets to the owner and into the tip pool just for working their shift.

This is an enormous victory, not only for the workers, Department and Labor, the law firms involved but for all restaurant workers across Philadelphia.

This story has been evolving for a while.

Chickie’s and Pete’s workers were among some of the first workers to join the Restaurant Opportunities Center in September 2011. 2 women from the airport restaurant attended one of our “Know Your Right’s” trainings and had many stories of how they often would not make the minimum wage and how they faced constant sexual harassment on the job.  They also complained that their employer was taking 3% of their tips to cover credit card usage fees.

After the training, one of them told me that she would bring more of her co-workers in to learn about their rights.

I did keep in touch with them but they told me that their co-workers were too scared to even come to our office to learn about their rights.

At around the same time, Andrea Lemoins and I were working with Councilman James Kenney’s office to pass the Gratuities Protection Bill. This bill would make it illegal for an employer (not only restaurant owners) to take any tips away from workers.

I recall at the time that the opposition to this law was strong, but very subtle. Restaurant owners were speaking against it but only from Council office to Council office and never in front of the public hearings.

Marc Vetri warned on twitter that it would cost Stephen Starr $300,000 per year if it went through (way to out a friend for tip stealing, ouch!).

Councilman Green tried to justify his vote against it saying that he thought that it was a “backdoor tax” that would drive restaurants our of the city. This is, of course, the same claim made about everything from ending child labor, to the smoking ban, to paid sick leave, to not having to even pay the minimum wage (the tipped minimum wage is only $2.83/hour in PA).

Nonetheless, it passed the Philadelphia City Council, on Nov 15th, 2011 with only Councilman Green and Councilman O’Neil standing up for wage theft in it’s purest form (Picture an owner taking a tip of a table and putting it in his pocket).

By the second week in December of 2011, the two Chickie’s and Pete’s workers confirmed to me that the owner was indeed ignoring the law and still taking 3% of their tips.

Honestly, when the law first passed, we had no idea of it’s potential impact. Councilman Kenney, I believe, advocated for the bill out of moral repulsion at the thought of his tip not going to his server. We say it as a strong campaign and a big opportunity (this victory has returned at least 10 million in wages to workers since 2011).

Over the next 6 months, I met with several more workers from various Chickie’s and Pete’s locations who wanted to fight back. Most of them got cold feet never to be heard from again, some of them joined the lawsuits that were were starting to hear about and one of them remains a leader at ROC.

Since that time, I know of at least 3 lawsuits against employers for the illegal practice of taking the 3% of tips to pay for credit cards usage fees.

More and more dominos followed, all prompted by the growing knowledge that it is illegal to make servers pay the credit card usage fees, most growing into other types of wage theft as more details came out.

Sadly, this practice is still wide spread. In fact, 2/3rds of restaurant workers in our city have suffered some form of wage theft in the last year.

Hopefully, with campaigns like Fat Salmon and now Chickie’s and Pete’s setting an example the consequences that employers can face, this will begin to change.