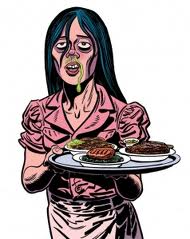 Mayor Nutter’s Task Force on Paid Sick Leave issued their recommendations today. If Mayor Nutter followed this groups recommendations, he and would move to bring into existence a law that would mainly effect large, low-waged corporations but would exempt at least 84% of the workers in the city who work for employers with fewer than 15 employees. The committee which included many Earned Sick Leave advocates including Marianne Bellasorte (Pathways PA), Teo Reyes (ROC) and Pete Ellis (El Fuego Restaurant). I also worked on this issue for about the last 10 years and the issue was the fulcrum for helping security officer for the independent Philadelphia Security Officers Union.

It is difficult to say exactly how many workers this will ultimately affect (if any since it is just a proposal). However, from my estimates from the last time Mayor Nutter vetoed similar legislation approximately 75% of the workers without paid sick leave are restaurant workers. Many of them work in restaurants that have 15 or fewer restaurants (I will check the 2011 Philadelphia Behind the Kitchen Door Report later to confirm). Those restaurants will be exempt. On the upside, though, employers such as McDonalds, Wal-Mart, hotels (non-union), private security officers, hair dressers (corporate chains), grocery store and retail workers (corporate and local chains) would all benefit.

I am not trying to take away from this achievement. However, here are a couple notable problems.

1. Most of the top 10 employers give their workers paid sick leave but not to their growing sub-contractor and temp work-force. (Though “Temp-Workers” are defined as “>90 days” in the report)
2. Adjunct employees, like those who teach classes at local colleges and universities, are in danger of being cut out of getting and paid sick days unless you organize to be included or form a union to bargain for such a benefit.
3. If enacted as written, workers will be exempt for 90 days after they were hired. The tenuous position of a new employee will not be helped by this law. Do not plan on getting sick for at least 3 months, though and you can start saving up!
4. Part-Time workers earning less than 15 hours per week on average during a 90 day period.
5. You will begin “saving up” paid sick time upon the date of your hire (over more than 15 hours per week on average per 90 days) but you will not be able to access it until 90 days after you were hired (NOT 90 DAYS WORKED).
6. You can save up to 40 hours of paid sick leave per year.
7. You can use your sick days to take care of close family members if they are sick.
8. Your employer can request “appropriate” documentation of your being sick…you had better buy some Obamacare!
9. You can use your paid sick days if you are a victim of domestic violence.
10. You will not be paid out for any unused leave and it will not roll over (Don’t be stupid, using everyday is not “abusing” it. Better safe and healed than sorry. Stay home!).
11. Employers who are found to violate this ordinance, IF it passes as these recommendations are written, will be assessed “substantial fines” (no more specific data available).

Great work paid sick leave leaders! Now, let’s get ready to pass this beyond a Mayoral order and make it law!