MLK Day 2015 Should Be A General Strike 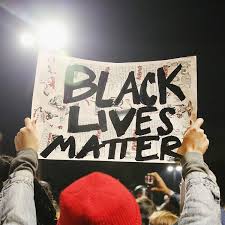 2014 was a year in which the contradictions inherent in our democracy became too obvious to ignore any longer. Systemic racism against African-Americas and other people-of-color has intensified. Can we call ourselves a democracy at all or are we now, in fact, an apartheid state? The wealthy have nearly completely captured our political system making it possible for them to constantly award themselves more breaks and access while we, the people, see our rights to even cast a vote whittled away, election by election. We have reached a tipping point. That is why Martin Luther King Day, January 19, 2015, should not be the typical day of service, but one of rebellion. It should be a general strike by all people who want an end to systemic racism and rule by the wealthy.

The recent killings of several innocent black men and women, followed by grand jury failures to indict any of the police resulted in riots and mass protests. People are tired of the injustice and the devaluing of African-American people. The constant reports of these killings and the prison system swollen with people-of-color on one hand, and the lack of funding for schools, especially schools with high concentrations of poor and black youth, on the other, show us not a democratic nation in which all people are created equal.

No, rather, what we see is a nation that targets African-America children for failure, hard lives with few good options. We see a political system that endorses the killing of black people. We see a system that, nearly since its founding, has sought to abuse, destroy and exploit black people.

I am tired of it.

We cannot live with these contradictions any longer. We have to either fight to become a true democracy by destroying racism in all its forms, or we have to hang it up and abandon even the claim to be a democracy any longer.

Organizers all around the city of Philadelphia are organizing a march on MLK Day next year. I will support that and organize with them, however, I think we need something even more powerful.

We need to shake this system to its foundation and use this moment to strike at the roots of what ails us as a nation.