The 50 Year Anniversary Of The March On Washington- What Would MLK Do?

What Would MKL Do?

For years, the legacy of Rev. Ph.D., Martin Luther King Jr.’s has been watered down.  His birthday is a national holiday in 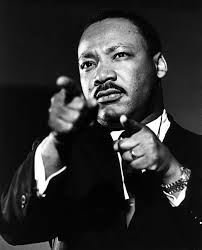 which service projects are promoted.

Reverend King, however, did not change the world by filling soup bowls or cleaning up neighborhood parks.  Ph.D. King changed the world by taking on the powerful in solidarity with the poor, the powerless, the worker.

On August 28th of this year, our country will recall 50 Year Anniversary of the March on Washington For Jobs And Freedom.

That march demanded not only equality of opportunity, but also living wages for workers.

Now is the time to reclaim the historic legacy of Martin Luther King Jr. for Economic Justice!